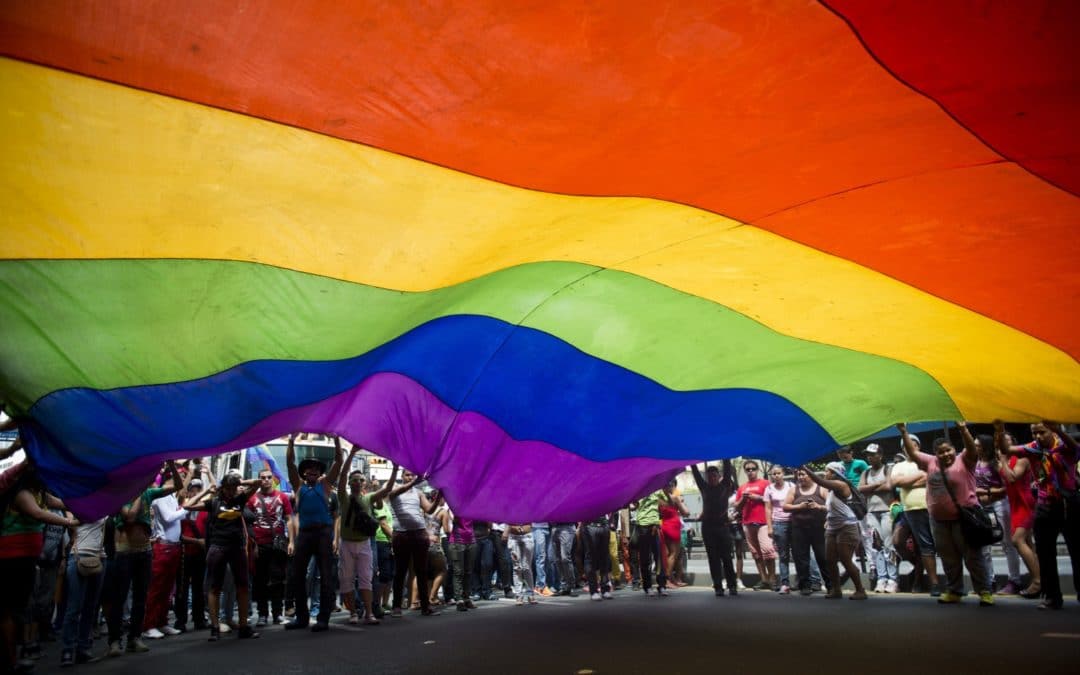 While LGBTQ Pride Month is typically celebrated in June every year, LGBTQ History Month has come to be celebrated in October to coincide with National Coming Out Day on October 11th.  This blog is being written to honor and celebrate those who have identified themselves as lesbian, gay, bisexual, transgender, or who identify as queer or are questioning their sexual identity.

In 1995, the National Educational Association declared their support of LGBT History Month by resolution at its General Assembly meeting.  The first National March on Washington for Lesbian and Gay Rights by LGBT individuals occurred forty years ago in October 1979.  LGBT History Month is intended to promote openness and honesty about being LGBT.  Pride Month in June is a movement that celebrates sexual diversity.

“Pride” is an important term in the LGBTQ community as it can help those in this community to feel more confident and self-assertive.  When these feelings are validated for those in this community, they can assert their right to be known, to marry, and to obtain their right for equal employment, to name a few.  It was hoped to help those who are LGBTQ to feel proud and not ashamed of who they are.

How do we become an LGBTQ ally?  We must “identify, unpack, and challenge stereotypes and unconscious bias”.  We must “unlearn historical messages”.  These suggestions are offered by Grace Birnstengel with Next Avenue, a nonprofit journalism website.  It is important to remember that homosexuality was criminalized until 1962 when Illinois became the first state to decriminalize it.  The American Psychiatric Association considered homosexuals mentally ill until 1973.  Then, in the 1980’s misinformation was spread during the AIDS epidemic about the LGBTQ community.  In 1996, the US military had the “don’t ask, don’t tell” policy prohibiting gay and lesbian individuals from openly identifying themselves as LGBTQ while serving in the military. That same year the Defense of Marriage Act barred the federal government from recognizing same-sex couples in any legal manner.  In June of 2015, the U.S. Supreme Court legalized same-sex marriage in all 50 states, striking down all previous state bans on same sex marriage. (Case: Obergefell-v-Hodges).

Education is key to better understanding our LGBTQ friends.  We must strive to use and promote correct and inclusive language, including proper pronouns when referring to someone or describing their gender identity or sexual orientation.  We need to listen to those within the community and remember to ask them how we can best support them.  We should never tolerate anti-LGBTQ jokes or statements that are expressed in our presence.  Instead, we should stand with our friends in this community and given them the support and love everyone deserves.

Locally, we have some excellent resources here in the Orlando area for LGBTQ individuals including The Center at www.thecenterorlando.org.  The Center offers a wealth of resources for this community including HIV testing and counseling, events, volunteer opportunities, support groups such as Alcoholics Anonymous-AA, Child Gender Identity and Caregiver Group, Orlando Polyamory, Co-Dependents Anonymous (CODA), Orlando Youth Alliance, Bisexual Male Living, and more.  Additional resources for those in the community include:

Thank you for supporting our friends and neighbors in the community and let us take action, attend events, or donate financially to show our support and stand with them, beside them.