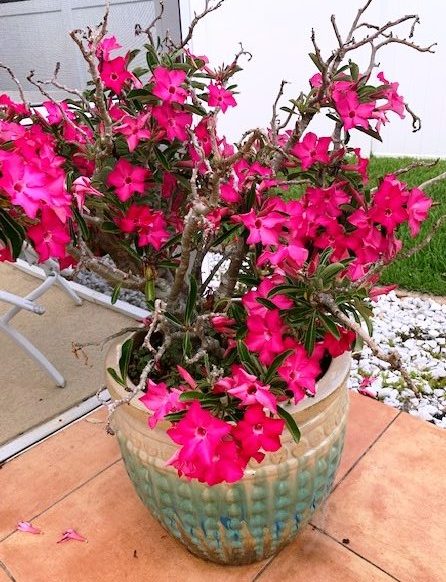 May is Mental Health Awareness Month. This topic is important to me for a variety of reasons, including the fact that I work as a licensed psychotherapist.  Additionally, I grew up in a home with a parent who suffered from mental illness.  My mother was diagnosed with “manic depression” when I was a young girl, experiencing periods of instability and hospitalizations alternating with periods of emotional stability and positive adjustment to her medications. Life could be unpredictable at times, though staying on her medication, Lithium, was key to her emotional stability and “normalcy”.

The blog for May is written by John Adams is a paralegal and lifestyle blogger who concentrates on health, fitness, personal injury law, and self-development. He encourages readers to fight for their rights and overcome obstacles holding them back. He believes that every person can improve the quality of his/her life by thinking positive and making better choices. Thank you for your contribution to this month’s blog, John, which fits in well with Mental Health Awareness Month.

Bipolar disorder is a mental illness, which is also referred to as ‘manic depression’. Bipolar patients undergo extreme emotional highs (mania/hypomania) and lows (depression); hence, they can go from feeling on top of the world to literally down in the dumps. Every person suffering from bipolar illness does not have identical symptoms because there are multiple types. The most frequently observed bipolar conditions include:

Bipolar I Disorder: People with this bipolar disorder experience at least one manic episode (extreme emotional high) that lasts a week or more; most patients require medical supervision and treatment. Some patients may experience psychosis, where they lose touch with reality. The manic episode is usually followed by a depressive period and/or hypomania that may last up to a few weeks.

Bipolar II Disorder: This condition is less severe than type l, since patients do not have manic episodes. However, they may go through a prolonged depressive period followed by a hypomanic (less severe than mania) episode.

Cyclothymic Disorder: Individuals with cyclothymic disorder experience many episodes of highs and lows, but they are fairly mild and short-lived.

If you or a loved one has been diagnosed with bipolar disorder, this is not something to be ashamed or afraid of. Stay calm and do your research to answer any questions or concerns you might have. It is recommended to seek professional care and guidance, as well as obtaining emotional support from your loved ones. Now let us debunk some common myths surrounding this mental health issue:

Myth #1: Bipolar Disorder is a fancy name for Mood Swings

Bipolarity is certainly associated with a fluctuating temperament that leads to intense emotions and frantic behavior. However, the emotional highs and lows are nothing like ordinary mood swings. Many people are moody, which can make them unpredictable in their actions, but that does not mean they meet the criteria for bipolar. Bipolar patients experience mania or hypomania, which can be a dangerously euphoric state of mind. They bubble with energy and become highly irritable, which is not equivalent to being in a good mood or happy. During a depressive episode, the patient tends to lose interest in everything and life itself; they feel completely useless and hopeless, which is not the same as feeling sad or down.

Believe it or not, one out of every hundred people suffers from bipolar disorder. The disease is quite common, which means you are not alone in this struggle. However, it can be difficult to identify or diagnose, as there is no specific test to confirm it. Bipolarity can be developed at any age, but it typically occurs in a person’s teen years to early 20’s. Some young children are also diagnosed with bipolarity, though it rarely occurs after 40.

Myth #3: Bipolar means you are Insane and Hopeless

There is no absolute cure for bipolarity, but anyone with this condition can live a normal and healthy life by managing symptoms through medication and psychological therapy. Bipolar individuals are not mad or senseless; they simply struggle with self-control, which can be overcome with the right treatment. Many patients need to take antidepressants or mood stabilizers regularly, but others can maintain an emotional balance through meditation and avoiding triggers.

Myth # 4: Bipolarity is not related to genetic or external factors

Contrary to popular belief, bipolarity is essentially recognized as a genetic disorder. If someone in your family was bipolar, you become more susceptible to develop the disease. Bipolarity is also frequently related to high levels of stress and anxiety. Young people who have encountered a traumatic event or tragic loss may develop a bipolar disorder. Similarly, drug addiction or alcohol abuse could activate or worsen the condition.

Myth #5: Bipolar only affects the Mood

Bipolarity may be perceived as extreme mood swings at first glance, but it is much more than that. The state of profound depression or elatedness can take a toll on the mind and body. Many patients become insomniacs during manic and depressive episodes. It is also commonplace to lose appetite and weight when low or becoming agitated while high. It becomes impossible to concentrate on any task and handle a situation rationally.

Myth #6: Bipolarity has nothing to do with other mental health conditions

If someone told you that an individual diagnosed with bipolar disorder is immune to other mental illnesses, they are absolutely wrong. Truth be told, bipolarity is sometimes seen in people having a history of depression or ADHD. People struggling with bipolar disorder could also develop an eating disorder or substance abuse.

Several famous artists and celebrities have publicly confessed about their bipolar disorder and shared their journey of living with the condition. Many independent and uncertified critics have claimed that treating bipolarity results in decline of creative and cognitive abilities. Rest assured that there is no grain of truth in this widespread myth. Managing symptoms of bipolarity through therapy and medication will not compromise the artist/intellectual in you; in fact, it will help clear up your mind and make you better at what you do.